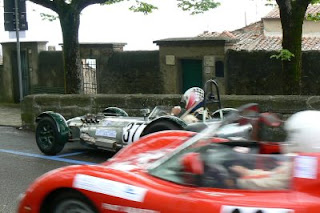 Well! 2009 Blew by us so I want to publish this now- So many things have happened and I will post in more blogs. The 2010 addition of this car rally was over yesterday. But here are the pics of last year's race-


Well Summer is blowing by us! Here are some highlights of what's been going on around town. Carlotta has been shirking a bit on her blog work as she's been a bit busy making sure all our guests are happy.

The roar of the engines of the Epic Car Rally here in Cortona seems to kick off the flow of visitors who come to discover the beauty of Cortona. This loud cross of rumbling and whining has some sort of hypnotic power over the spectators, most often those who possess a Y chromosome, who are drawn like bees to honey. Personally, this noise seems to bring out a sort of axe murderer instinct in me. If I had an axe and was within earshot of a television broadcasting these events I think the results could be disasterous. However, I must say the cars are beautiful as far as design goes. 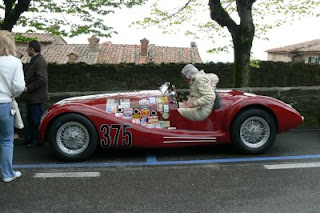 Most popular are the race car prototypes 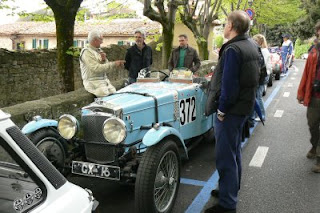 But even these old beauties command attention. 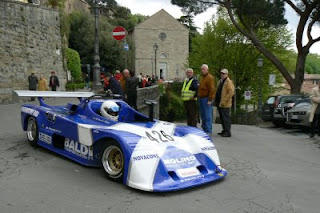 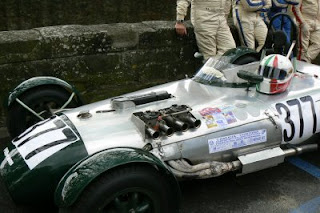 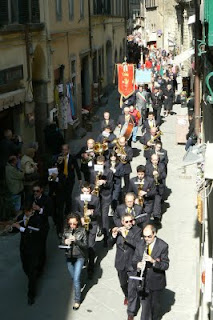 
The city band isn't complete without Gastone and his bass drum. When they pass you look for him- I will try to retrieve the photo in my next blog. You can just see him in the background of this one. 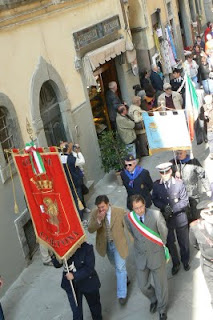 Mayor Vignini follows the city banner, followed by the partisan survivors of the last world war 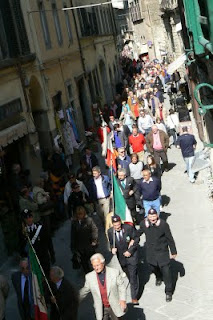 In reality it is a double liberation as Cortona was liberated in 1261 from hostile Aretine occupation on the very same day. Memory is long here. 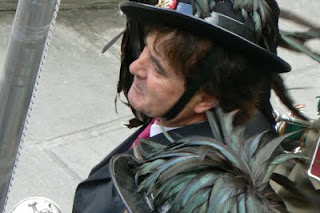 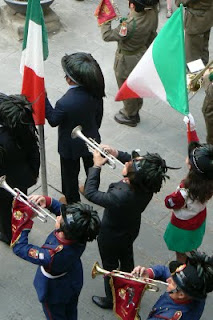 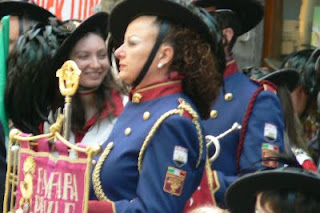 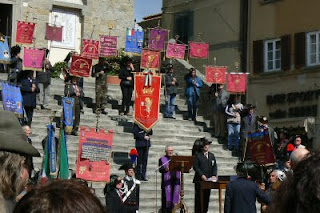 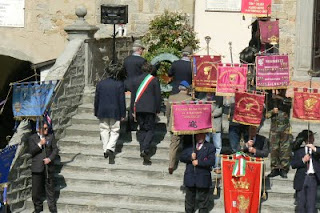 uniform hats decorated with glistening black/green feathers fluttering in the wind and presence of the Carabinieri in high uniform. 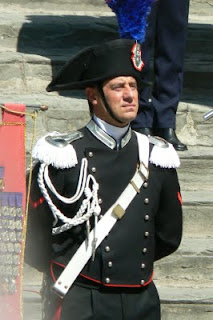 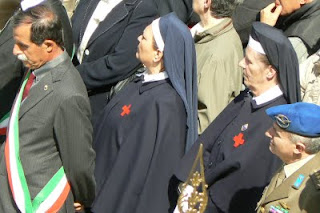 More memories of 2009 to come and one of the most surprising and life changing events of last year for Carlotta to be shared with you.
Pubblicato da Carlotta alle 10:41 Nessun commento: