The video above is the result of a project created for the Cortona Mix Festival which involved our city choir as well as children from the elementary school participating in a presentation of Verdi's "Aida".

Whether or not one wants to consider the end result a success or failure in quality,  it is most exciting that the project exists in itself.
This is a perfect example of the positive potential of this festival and the impact and involvement it can have on our community. To see the enthusiam of young and old reconnecting to the rich musical gift created by Verdi and appreciated throughout the world is refreshing and exciting.  Globalization of music can many times cause an overshadowing of domestic music and musicians now days in Italy-young people many times favor foreign music sung in languages they may not understand and shun their national products.

Tonight will be the screening of "Metropolis" in Piazza Signorelli with musical accompaniment performed by the Orchestra Regionale Toscana. Events which will please a wide range of participants and priced right for many pockets instead of a select few. This is exciting...

After much anticipation there will be a first viewing of "The Genius of a Place" a film produced by Sarah Marder and her colleagues at OLO Farm of Milano. This film uses Cortona as a case study and addresses among other questions, "Is there a way to make tourism sustainable?" After years of hard work, the film seems to be in the final editing phases and a preview has been promised for August 2.

The biggest surprise of the festival is the surprise concert appearance of our homegrown internationally famous, Lorenzo Cherubini---better know as Jovanotti , in a closing show on August 4th.

The Feltrinelli bookstore is open for business at the MAEC-  and as a side note, the travel photography festival,  Cortona on the Move has just inaugurated this, its 3rd year.

Cortona is definitely in the Mix---a provocative protagonist, inviting all to tickle their fantasy to the world of possibility when art meets enthusiam.

After much anticipation, the details of the 2013 Cortona Mix Festival were unveiled a few days ago. Some of the events will include pop group Elio e Le Storie Tese and musician, Max Weinberg, cortonese citizen and historic member of the E Street Band, plus many more. The website seems to be updated often and new names and events added. www.mixfestival.it    It is new and exciting and we're looking to see what unfolds.

At closing day of Cortona Mix Festival last year , facts and figures were in and evaluation of the success of the event was made on the streets, in the stores, in the newspapers. It is said that there was an attendance of 10,000 visitors and sales of some 4,000 tickets to the various events. It was hard when examining the first bits of news about the program what the aim and purpose of Cortona mix was. Feltrinelli later published on its site that CORTONA MIX FESTIVAL represents a different idea of festival, and I paraphrase: a event created to banish the isolation of the arts and instead celebrate their mix, their richness and variety and invent new inspiration by bringing them together. If this was the goal, then I have to say it was a success. Street musicians, ballet, jazz, classical music, literary events and cinema. Even politics had its place (as it always seems to in Italy) when the Minister of Labor, Elsa Fornero came to speak to a very agitated crowd, as her role in recent dramatic labor law reforms render her a controversial figure. The people participated, Cortonese and non-Cortonese alike. In most cases it was by happenstance that people participated, but people were engaged. Feltrinelli opened a satellite bookstore well furnished with books both in Italian and other languages. It was enriching on many levels.
But more than anything else, people were present and participating. The squares were buzzing with activity, the town came alive. On the heels of the Cortona Mix Festival was a series of concerts organized by Gli Amici della Musica and the Annual International Folk Dance Festival all riding out the wave of the excitement created by the previous events. It was Cortona at it's best-people out and about, enjoying the city and maybe gathering some food for thought.
Probably one of the events which was most enjoyed by all was the projection of Modern Times with Charlie Chaplin with original accompanying music performed live by the Orchestra Regionale della Toscana.  A delightful event for young and old.
This year, they are proposing a similar event with the projection in the square of Metropolis by Friz Lang.
Last year's  festival was accessible to many and this I hope will continue to be the spirit of this event. Nothing was more touching than to see many of our aspiring ballerinas have the possibility to attend an event with family, dance in the audience as they watched enthralled and maybe their parents understood a little better what passion for the art of dancing could become.
Welcome back Cortona Mix Festival- show us how to dream!
Pubblicato da Carlotta a 01:06 Nessun commento: 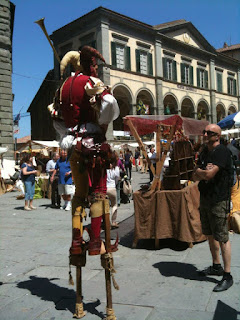 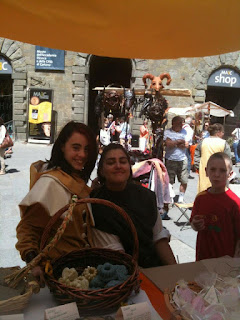 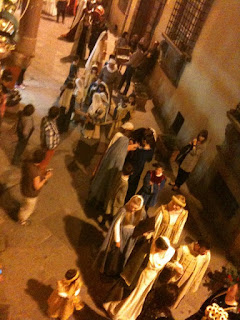 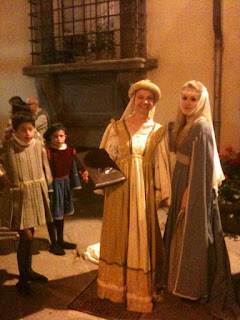 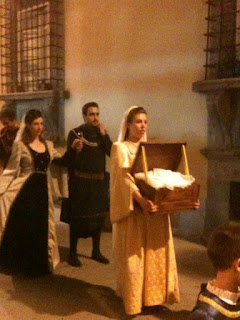 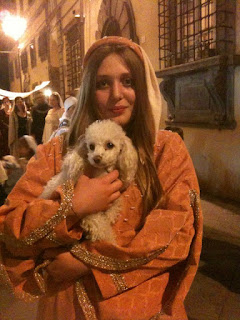