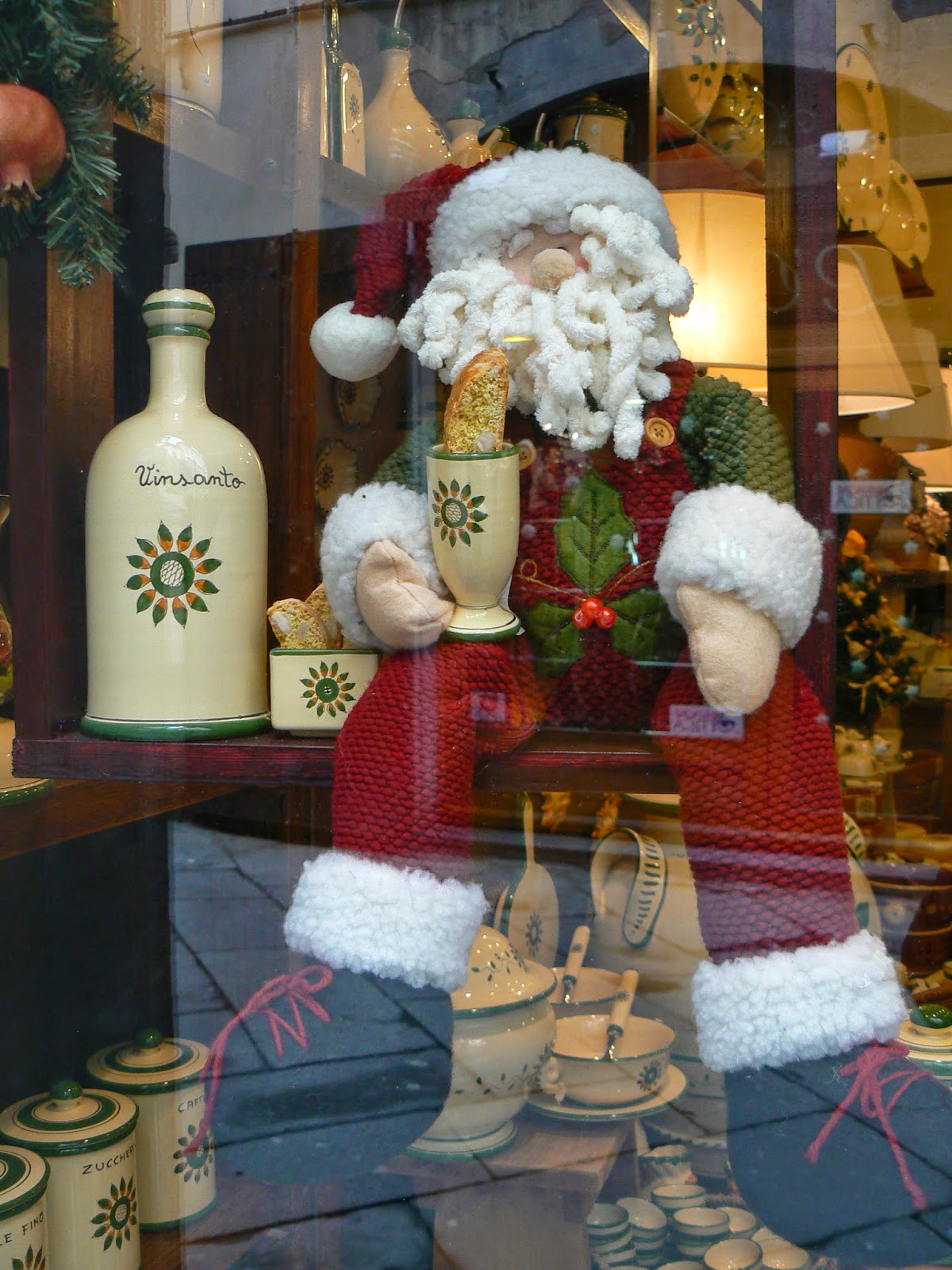 There are people who touch our lives who unknowingly  make us better people, just by being themselves. My first legitimate job while  living in Cortona was working for a rather eccentric, yet brilliant Bavarian in a highly experimental and avant-garde language learning center, tucked away in an alley off the Via Nazionale. Working with theories researched by his Canadian/Brit business partner and  fueled by rivers of Ballantine's- they gathered together  a group of ex-pats from all over the world to help them fulfill their dream of creating super-learning, accellerated language courses. To a certain degree they were successful to those ends, but most successful was the gathering of a community of world citizens together who brought with them the essence of their countries, their experiences and made for an interesting, stimulating and exciting workplace.

There are many stories to be told from this time of my life, but the story I want to tell now is a story tied to this season of giving and a wonderful man called Bill I met while working at Alpha Centre International.

Bill was a native northern Californian like myself and I took an immediate liking to him when he came to interview with my colleague Donatella and me. He was living in Florence, studying the language. He came from a family of cattle ranchers and though not super tall, he was the epitome of a clean-cut all-American boy, blond and well dressed, the only nod to his origins were a peek of cowboy boots from the hem of his neat gray, well-cut jeans. It was the late 1980's, so it was also an appropriate nod to fashion.  After we hired him mainly as a teacher, a quick friendship grew between us and I'd taken to calling him Buffalo.

He was a joy to work with, always positive, and took to his role as an English teacher with great verve. He would travel to our schools in Germany as well and was well liked and received by his co-workers as well as his students.

He proposed organizing a Christmas party at our office that year, something we'd never done and he threw himself into the project. It was a fun evening, with our staff bringing food from their native countries in potluck style, along with the  families of our co-workers. England, France, Australia, Spain, Austria, Germany, Israel, Ireland,   the USA and of course Italy were all represented at our gathering. We were not highly paid and most of us were scraping by to pay rents and keep food on the table, but it was all the same a festive celebration. At a certain point, Bill arrived with a Santa hat and a bag full of wrapped packages. We were taken aback as he pulled out of his sack, package upon package, one for each of us. He had wrapped something for each of us. A reindeer ornament fashioned from a paper roll and pipe-cleaners, a snowman made with other recycled bits of office supply cast-offs, each one transformed with a bit of glitter a marker, paperclips, white-out. He said, "It isn't Christmas without presents!"

The time and creativity he invested in his gifts was touching and will always be remembered. Early the next year, Bill abruptly gave notice. He was heading back to Florence then to California. I was surprised and sad, I would miss his enthuastic optimism and happy nature.

A year or so later I had the opportunity to make a trip back to San Francisco to visit my family. I was excited to call my friend and say hello and hopefully make an appointment to see one another again. His mother answered the phone, I had met her during a visit she made to Florence to visit her son with her girlfriends. I remember the excited care Bill had taken in planning their itinerary, a visit to Via Tornabuoni to see all the designer shops, Ponte Vecchio, and of course they had to try an ice cream at Vivoli. I met her briefly in Cortona when they came to visit for the day and  I immediately understood where Bill  had inherited his sunny disposition and fashion sense from.

The voice on the line when I called was thin and pained. I explained who I was and that I was hoping to contact Bill. I was shocked and melted into tears as she explained that Bill was no longer amongst us, he had succumbed to the terrible disease called AIDS. I was dumbfounded and floundered for words of condolence "I'm so sorry, sorry he's gone-"   She then was brave for me " You would not have wanted him to live if you saw him at the end. He is at peace now." and our conversation ended.

World Aids Day was yesterday, December 1, 2014...but everyday is a good day to get informed and find out what you can do to prevent the loss of so many gifts of light in this dark world like my friend Bill.

We've come a long way but there is a long way to go- Ciao Bill- mi manchi.
http://www.worldaidsday.org/